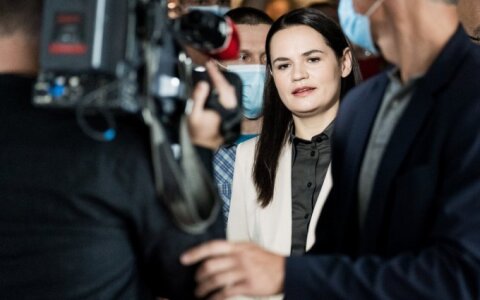 Protesters demanding a free election in Belarus are no longer the opposition, they are the majority, Svetlana Tikhanovskaya, the former Belarusian opposition presidential candidates, says, adding that there's an ongoing peaceful democratic revolution in Belarus.

"Belarus has woken up. We are not the opposition any more. We are the majority now. The peaceful revolution is taking place," the Belarusian national leader told members of the European Parliament's Foreign Affairs Committee on Tuesday.

She also once again asked for respect for Belarusians' freedom of self-determination.

Tikhanovskaya arrived in Lithuania after she declared she did not recognize authoritarian President Alexander Lukashenko's victory in the presidential election on August 9.

Belarus has been engulfed in mass demonstrations for the past two weeks, with people protesting against vote-rigging and the government's violence and demanding Lukashenko's resignation.