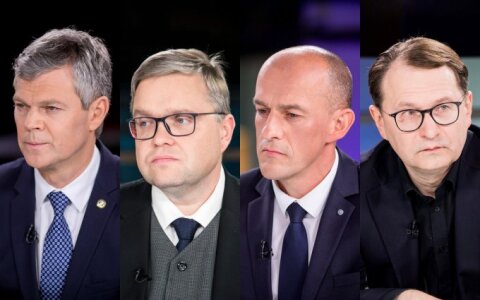 Lithuania's experts have named Darius Jauniskis, director of the country's State Security Department, Zydrunas Bartkus, director of the Special Investigation Service, and Vitas Vasiliauskas, board chairman of the central Bank of Lithuania, as the most influential civil servants in Lithuania, according to a survey published by the Delfi.lt online news site.

The trio are then followed in the annual rating by Dainius Zalimas, president of the Constitutional Court, Government Chancellor Algirdas Stoncaitis, Prosecutor General Edvardas Pasilis, Saulius Caplinskas, director of the Center for Communicable Diseases and AIDS, Police Commissioner General Renatas Pozela, Egidijus Kuris, a judge of the European Court of Human Rights and Arnoldas Pranckevicius, head of the European Commission Representation in Lithuania.

The so-called elite opinion poll was carried out in May-June and involved 893 people, including politicians, journalists, businessman and representatives of culture.

Delfi.lt has been producing ratings of Lithuania's most influential people for the past six years.