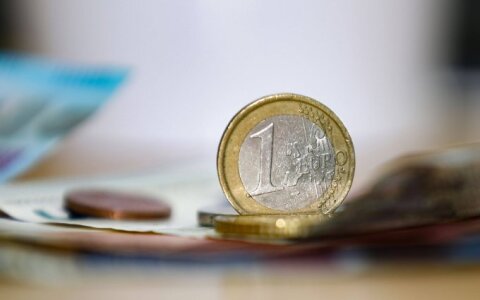 Lithuania's labor income growth slowed down during three months of coronavirus quarantine restrictions, but bounced back in June to the level seen at the start of the year, according to figures released by Sodra on Thursday.

Some 14,000 more people were hired than fired in July, a sign that people are returning to the labor market, the state social insurance fund said.

"The impact of COVID-19 slowed the growth of people's labor income during the quarantine period, but in June, income growth was as fast as at the beginning of the year," Kristina Zitikyte of Sodra's Statistics, Analysis and Forecast Unit told a news conference.

"Another point is that (...) the situation would be a bit more complicated today if it weren't for (government) subsidies (to quarantine-affected businesses)," she added.

Although hotel, tourism and food service businesses registered the largest increase in employee numbers in July, labor income growth in the sectors that were shut down during the quarantine is slower than average, according to Zitikyte.

Related articles
Workers from Ukraine and Belarus can come more easily after lockdown ends
State aid with quarantine already ending: everything you need to know about subsidies

She noted, however, that the income growth cannot be called sustainable because of the impact of subsidies.

Lithuania's average monthly labor income on which social insurance taxes were paid rose by 5.3 percent in the second quarter of 2020 year-on-year to 1,319 euros (before taxes), compared with the 10 percent growth rate in the first quarter.

In the second quarter from the first quarter, labor income edged down by 0.3 percent.

The official number of full-month workers fell by 27,000, or 2.2 percent, over the quarter, according to Sodra's figures.

The "hire-fire" balance was positive both in June and July, Zitikyte said.

Almost 25,000 more people were fired than hired during the nationwide coronavirus quarantine period that lasted between March 16 and June 17.