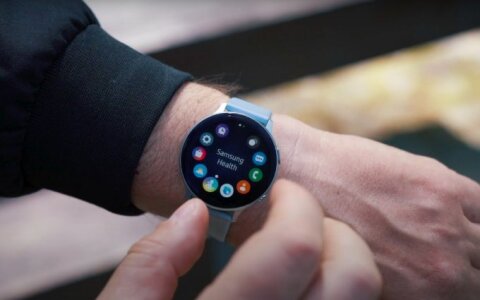 There are more connections between art and technologies than might appear from the first sight. The most obvious one – art needs tools and equipment and technological innovation cannot happen without involving creativity and improvisation, thinks Nerijus Čepulis, philosopher, Associate Professor at KTU. What are other ways in which creativity and so-called soft skills are saving every one of us in the age of technologies?

“More and more jobs can be done remotely, therefore people have to develop their technological literacy – not only to master digital tools, but also to understand their side effects. In my opinion, engineers and humanists and artists will have more and more in common as the latter will be more dependent on technologies in their activities, and the former will need more soft competencies”, says Nerijus Čepulis, Associate Professor at Kaunas University of Technology (KTU), Faculty of Social Sciences, Arts and Humanities.

Related articles
Dario Martinelli. Would it be fair to suspend all films that fail to meet today’s moral standards?
Unique integrated health monitoring system for stroke survivors patented in Lithuania

- In one of your interviews, you had said: “professionals, who are working in their own field only and who are not communicating between themselves, belong to the past; in an open society everything is becoming more and more connected”. What qualities does a professional working in any field need today?

Industrial society of 18–19th century Europe was divided into strictly defined classes and specialisations, which resulted in segregation and alienation. In the end of the 20th century, with the peak of information technologies development, the tendency to connect, to relate, to create a universal information and communication network increased. Today we are already talking about digital culture and network logics. We are observing machines invading the job market and taking the places of “narrow specialisation” employees.

It means that in the future people will need more and more interdisciplinary communication competencies. Firstly, the skills to communicate and to collaborate with professionals and robots from different fields. Production line logic, when everyone is busy doing their job without knowing what the other member of the line is doing, is a thing of the past. Network logic requires an ability to quickly discover connections, which are transcending the algorithm logic and to view everything in a wider context. Interdisciplinary mutual understanding is a must here.

- What soft skills are the most important for today’s society?

Verbal, written and visual communication (via photography, video and social networks), the ability to work together in a network, creativity and critical thinking are essential competencies next to a concrete specialisation if one desires to be attractive in a job market. In the future, the importance of these skills will only increase.

Also, the ability to communicate with artificial intelligence will become increasingly important. Nowadays used mainly as a tool, in the near future, for some AI may become a co-worker or even a boss. In the open global society, the role of a mediator, organiser, the negotiator is becoming more important than that of a manufacturer. 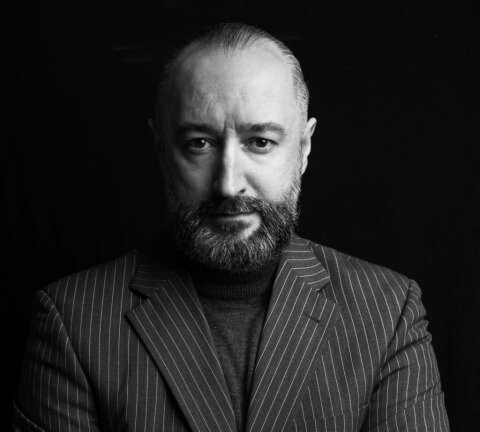 For the future manager, the ability to profitably sell or to organise activities will not be enough. In order to lead a very diverse team, one will have to possess a wide education in humanities and to never stop learning. A good example from today is cinema or news industry where managers, cameramen, actors, programmers, writers, psychologists, technicians and other professionals work together. You’ll need to be a humanist rather than a salesperson to manage the multitalented team.

- What are other important skills and competencies?

Today, we are overwhelmed by the quantity of information, which is not always reliable. Therefore, critical thinking skills are crucial. One must understand and follow the basic principles of ethics without which it is not possible to make independent and rational moral decisions. However, it is impossible to think, assess and decide critically without mastering reading and writing techniques fundamental for developing cohesive, successive thinking. A person who doesn’t read much, who is lacking consistency in their thinking will not be able to plan and to foresee the outcomes of their actions. In other words, they will not acquire skills in strategic thinking.

The importance of creative skills will also grow. Individual who doesn’t have time to appreciate arts will not develop creativity or taste. Also, it is impossible to live a quality life without possessing digital literacy and digital culture skills.

There is a trend in contemporary society to doubt the importance of humanities, social sciences or arts and to compare them with technological or physical sciences. What is your opinion on this?

This attitude is belonging to the past century when the previously mentioned industrial worldview was prevalent. Situation today is changing rapidly. Artificial intelligence will more likely to master physicist’s, engineer’s, accountant’s or a manager’s specialisation than to become an alternative to a profession in humanities or arts such as philosopher, historian, priest, director, actor or educator.

In some fields the main question is “How this works?”, and there are those, which ask: “How could this work?”. Artificial intelligence will prosper in the former, but not in the latter spheres. Humanities are less valued in those environments where the ability to fantasise, to read, to write and to creatively interpret is waning.

- Why are humanities and arts depreciated?

In my opinion, the devaluation of humanities is the result of the decreased ability of reading and expressing oneself in writing. The decreasing popularity of reading is a side effect of the increasing speed of life. However, I don’t think that the possibility to instantly communicate via the internet is a threat. You shouldn’t waste a lot of time to the things that are not worth wasting your time.

On the other hand, reading and studying of an analytic text, fiction or poetry requires a slow time. Many of us don’t have it today; we think that scanning through breaking news will suffice. Isn’t this situation similar to consuming fast food? In the beginning, fast food is satisfying, until it becomes a source of health issues.

People who don’t read, dissolve in a “here and now” moment. Without mastering successive thinking they are not fully aware of the concept of the past and experience difficulties in projecting themselves in the future, they cannot learn from their mistakes. Without being able to create their own personal history, this person becomes an automaton, who is fulfilling tasks here and now for a certain payment. This doesn’t need the ability to plan.

However, if we will develop in that direction, the Western world will experience a leadership crisis: only those who can think critically and strategically can become leaders and for this, they need to be able to read and to write a coherent text.

- How are your students changing? What influence the developing technologies have on different generations?

As a teacher, I often observe the lack of digital culture among engineering students. If you have skills to model, to program and to use technologies, this doesn’t necessarily mean that you understand how technologies “program” us. Humanists and artists are usually more sensitive to the harmful effects of technologies. A famous film director Andrei Tarkovsky used to say: the artist is a societal consciousness.

That’s why interdisciplinary studies of digital literacy and digital culture are of utmost importance today. They represent another wave of education wherein the centre of critical thinking is network and interaction.

I am fond of the legend about Fisher King. In today’s context, Fisher King will wake up from technologically induced sleep when a businessman and a scientist will be helped by an artist, and a programming engineer will start a discussion with a humanist.

- Technologies are often perceived as being related to exact science, rules, formulas. How important is creativity in this field?

In our everyday environment, numerous systems and machines are functioning: from nanobiotechnologies to algorithms for predicting animal and human behaviour, from smart cities to educational and political systems. Even in theology, there are existing discussions on systematic reflection on dogma. A human being is under threat of becoming either pure function or a cog in the system. The only ways to oppose this fate are critical thinking and creativity.

One cannot escape the system, therefore we need to learn to play, to improvise, even to break some rules inside of a system. However, in order to do that, you have to understand and to critically assess its “algorithms”. Once we crack the system, we can participate in its “open code” renewal. This means constant adaptation and improvisation.

That’s why a university, and, especially, a university of technology should especially value any exemptions from the norm in study models. Creativity and originality of teachers are very important, otherwise, the universities will become the manufacturers of slaves and cogs for the system.

To innovate in production or service industry means to be creative, to generate ideas, to be able to forecast the outcomes, to communicate and to lead a team. To be able to do this, it’s not enough to have knowledge and skills in a sales management or to master one particular craft. This is one more proof that technologies, crafts, humanities, sociology and arts have to act together and to complement each other.

- What is common between art and technologies?

The simplest connection is: art needs tools and equipment, and technological innovations are impossible without creativity and improvisation. However, let me look at these concepts closer.

We inherited many cultural ideas from the worldview and philosophy of ancient Greeks. In ancient Greek there is no difference between “art” and “craft” – they were both defined by the same word techne. Techne meant a skill, and later – a tool needed to create or produce something. In this way, we can talk about a technique needed to produce a song, a house, a tragedy or a sword. In addition to that, Plato was explaining that the universe was conceived, or, rather, produced by Demiurge from a chaotic matter according to the eternal ideas. It would be ideal if the products of the same sort were the same, but it is not possible due to unrulable nature of the matter. One might joke that precise high technology machines can excel where mythological Demiurge failed.

Relatively recently, in the 19th century, romantic philosophy started to draw a division between creation and technologies, and even to oppose the two concepts. The roots of this attitude lay in The Bible, which claims that God created the universe from nothing, which means that the Creator was limited neither by eternal ideas nor by matter. Every creation, and especially human, is principally unique, created without any template. From here follows, that every authentic act of creativity is unique and an individual is more important than commonly agreed norms, society or state. The value of any person or a created art object lies in their uniqueness, originality. That’s how the attitude that an artist is creating a unique oeuvre and a craftsperson or a machine is massively producing the same things following the templates came to life.

I would like to restrain myself from being categorical. I have to admit that massive production, reproduction, pop culture and globalisation is a reality we live in and cannot avoid. However, uniqueness and originality didn’t lose their importance and respect in society. Even in business, there is a tendency to meet the needs of an individual customer. The scope of migration reveals how important it is to open up and to reach agreements between representatives of different cultures.

That’s why it is important for creativity to not to become a standardised creative industry, but to be realised as a communication network offering a plethora of different innovative products and services.