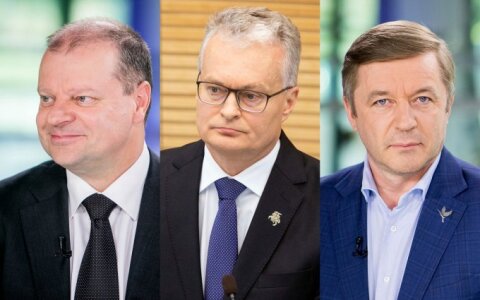 Lithuanian experts consider the country's Prime Minister Saulius Skvernelis, Ramunas Karbauskis, leader of the ruling Lithuanian Farmers and Greens Union, and President Gitanas Nauseda to be the most influential politicians in the country, according to the survey results published by the delfi.lt news website on Monday.

The experts were surveyed by the magazine Reitingai (Ratings), commissioned by the delfi.lt website. The so-called elite opinion poll was carried out in May-June and involved 893 people, including politicians, journalists, businessman and representatives of culture.

In a separate public poll, Nauseda was picked as the most influential politician in the country, followed by Prime Minister Saulius Skvernelis and Health Minister Aurelijus Veryga.

Delfi.lt has been producing ratings of Lithuania's most influential people for the past six years.