Minister: direct EU payments to farmers should be capped at EUR 100,000 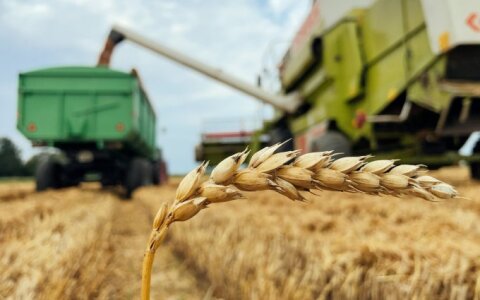 Direct EU payments to Lithuanian farmers in 2021-2027 should be capped at 100,000 euros, Agriculture Minister Andrius Palionis says, adding that they will be 50,000 lower compared to the existing financial perspective.

"The cap stood at 150,000 euros for this financial period, and it will stand at 100,000 euros for the new period. If we want to change the amount, we'll have to amend the law. The state can raise the cap as much as it wants," the minister told the opposition conservative Homeland Union–Lithuanian Christian Democrats' parliamentary group on Thursday.

Palionis, nevertheless, believes a payment cap would not be effective. He doubts he would sign such an order while being the minister. He is convinced that it would be more effective if other forms of support were applied.

Palionis also told BNS the exact date when the cap would come into force would be clear in the fall when the EU would decide on the length of the transitional period – one or two years. And it will then be clear when the 2021-2027 financial period's commitments will come into force. Besides, EU member states are not obliged to introduce caps.

The conclusions of the European Council of July 17-21 read that the capping of direct payments for large beneficiaries will be introduced on a voluntary basis at the level of 100,000 euros.

Lithuanian President Gitanas Nauseda called for a cap on direct payments as soon as EU leaders approved the bloc's 2021-2027 budget in late July. His team said these payments could be capped at around 60,000 euros per farm.

According to the president, payments to farmers must be socially just, supporting not only large but also small and medium-sized farms.

Palionis earlier did not back the president's initiative to cap direct payments, saying this would reduce Lithuanian farmers' competitiveness.

The Baltic states secured a better deal on agricultural subsidies at the end of the marathon summit in late July.

Minister: direct EU payments to farmers should be capped at EUR 100,000