Minister: new school year to begin in classrooms on September 1 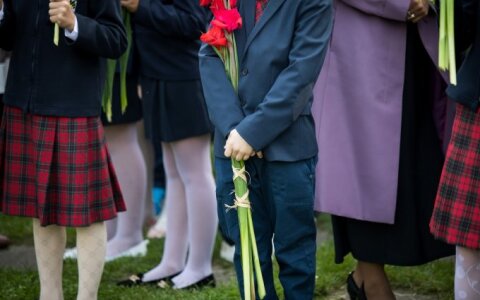 Schools may make it mandatory to wear face masks if the infection rate in their municipality reaches 16 new cases per 100,000, and may switch to online teaching and learning if it rises to over 25 infections, he said.

"If somebody is asking if they should buy a new school uniform or iron out the old one, the answer is yes. The school year will start as usual in classrooms," Monkevicius told a new conference.

"The start (of the academic year) is on September 1 for general education schools and vocational training establishments, as well as for higher education institutions, except for first-year students," he said.

First-year students will begin the academic year on September 14 after admission to universities and other higher education institutions is completed on September 10.

"We have set two thresholds," the minister said. "If the number of infected people reaches 16 cases per 100,000 and at least 10 percent (of the new cases) are not traced to localized clusters, mandatory face masks will be considered."

"If a certain municipality has 25 infections per 100,000 people and 10 percent of the new cases are not traced to localized clusters, switching to remote education in that municipality or even locally will be considered," he said.

Monkevicius added that "no municipality meets these criteria at present and there are no grounds to believe that the situation may change all of a sudden."

Minister: new school year to begin in classrooms on September 1