Lithuania to introduce mandatory isolation for arrivals from France 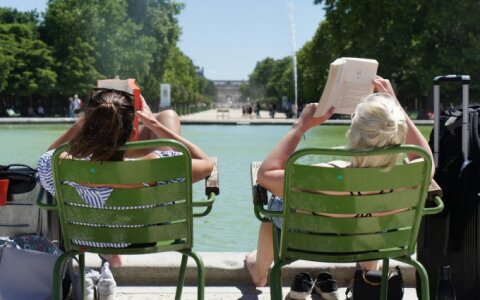 People arriving to Lithuania from France will have to self-isolate for two weeks as of Monday, Lithuania's top epidemiologist Loreta Asokliene said on Friday.

A total of 12 countries will be on Lithuania's "blacklist" as of Monday. Only Lithuanians will be able to come from ten of those countries, and foreigners will be also allowed to come from two of them, including France and Austria.

Regular flights from Lithuania to France are not carried out by airBaltic, Wizz Air and Ryanair, according to Lithuania's airport operator, Lietuvos Oro Uostai (Lithuanian Airports).

Foreigners will not be allowed to come from Spain, Sweden, Belgium, Portugal, Romania, the Czech Republic, Bulgaria, Luxembourg, Croatia and Malta. The decision on the latter might change as the impact on sick rescued migrants on the country's rates is being analyzed, Asokliene said.

Countries are put on Lithuania's "blacklist" if they record 16 coronavirus cases per population of 100,000 over the past two weeks.

The rate now stands at 15.7 cases per population of 100,000 in Poland, therefore, this country is likely to be put on the list next Friday.

"We hear they are registering a growing number of cases, and we need to monitor the situation but the rate is very close to the limit," Asokliene said, adding that Poland could be put on the list earlier, if the number of cases goes up fast.

"If something changes significantly, it might be considered," Asokliene said.

Lithuania to introduce mandatory isolation for arrivals from France