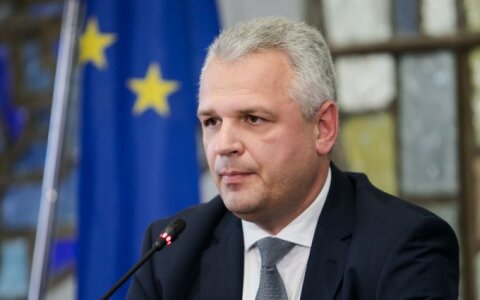 The Lithuanian Labor Party has named Vigilijus Jukna, a former agriculture minister, as their lead candidate for the October parliamentary election.

MEP Viktor Uspaskich, the party's chairman, will not stand in the election.

"I see myself in the executive branch, so I'm the party's candidate for prime minister," Uspaskich told reporters on Thursday evening after the party's council announced the line-up of candidates.

The latest Vilmorus opinion poll published by the daily Lietuvos Rytas on Saturday found that 6.2 percent of respondents would vote for the Labor Party, up from 4.6 percent in June.

Lithuania will elect its next parliament on October 11.