Minister: requests on Egyptian man and Syrian family's arrival were not coordinated 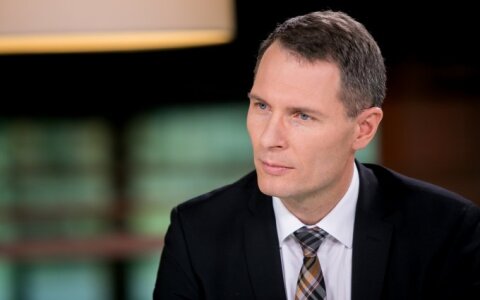 Lithuania's Justice Minister Elvinas Jankevicius, substituting for Interior Minister Rita Tamasuniene, says the Lithuanian government's non-adopted decisions regarding the entry of an Egyptian man to be with his Lithuanian partner who is about to give birth, as well as regarding a Syrian family were not coordinated with him.

According to the minister, the processing of the requests was postponed to evaluate the circumstances around them and their necessity.

"The requests by the Egyptian and Syrian citizens, submitted for the government's meeting, will be thoroughly evaluated and decisions will then be made on whether to satisfy them," the added.

At the Cabinet's meeting on Wednesday, Jankevicius objected to the proposal to allow the Egyptian man to come to Lithuania and for the Syrian family to be relocated from Jordan under Lithuania's EU commitment.

The Cabinet decided to allow foreigners to come to Lithuania to work for local companies and also allowed several basketball teams from Russia, Ukraine and Kazakhstan to come to the country for training.

Jankevicius based his position during the meeting, saying that foreigners should be allowed to enter Lithuania "only in highly exceptional cases".

Minister: requests on Egyptian man and Syrian family's arrival were not coordinated