Sea Festival kicking off in Klaipeda amid tightened safety 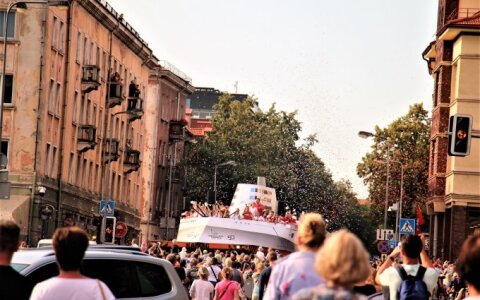 The Traditional Sea Festival is kicking off in the Lithuanian port city of Klaipeda on Friday amid tightened safety requirements.

No opening time has been announced and the program has been scaled back because of coronavirus concerns.

Klaipeda Mayor Vytautas Grubliauskas said they had to remove some traditional events that attract large crowds of people, such as a march of the maritime community, concerts on big stages, and fountain and firework shows, from the program.

Ruta Steponaviciene, the head of the Sea Festival project, said all major concerts will be performed on a wheeled stage that will drive across the Old Town, stopping for short 15-minute performances.

A Salute of Nations will mark the start of the festival instead of the traditional march along the city's streets.

Sea Festival kicking off in Klaipeda amid tightened safety