Coronavirus-fighting medics to be awarded with EUR 200 vacation grants 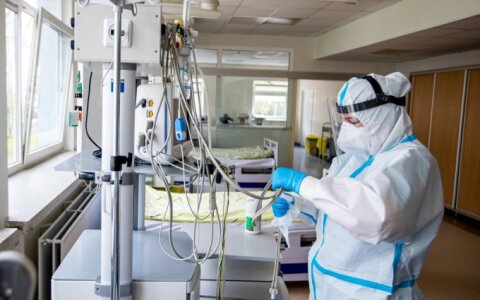 Lithuania's Economy and Innovation Ministry has announced its decision to give 200 euros to medics fighting the coronavirus to have rest time in the fall, allocating a total of 10 million euros for the purpose.

"Medics will receive grants of 200 euros to have rest time at rural tourism places in Lithuania, and the tourism business will be also supported this way," Minister Rimantas Sinkevicius told journalists. "Some 50,000 people will be able to have rest from September 1 until November 30, enjoy SPA, that's our gratitude."

According to the minister, 10 million euros has been allocated for the purpose, but the minister could not say where the money has come from.

The minister's adviser Vitalija Jankauskaite-Milciuviene says the fall was chosen to support the tourism sector after the summer season which is overloaded.

"The goal is to support them during the non-tourism, non-season period," she said, adding that if a second coronavirus wave comes, the measures will have to be reviewed.

Coronavirus-fighting medics to be awarded with EUR 200 vacation grants