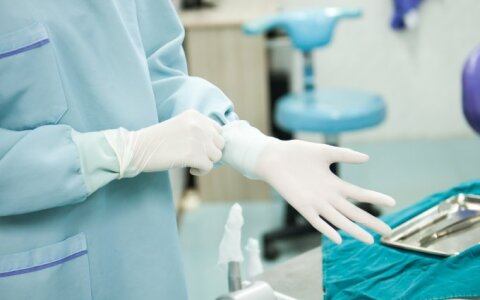 Lithuanian business representatives on Wednesday lodged a complaint before a court seeking remedy for services prohibitions introduced during the lockdown, a lawyer reported.

According to the complainant, Aukstaitijos Implantologijos Klinika, a dental care clinic in Panevezys, North Lithuania, the government exceeded its powers by shutting down businesses in mid-March. The company demands a compensation of 70,000 euros for lost revenue and costs.

“The government had no powers and the Seimas later sought to legitimize the government’s actions retrospectively,” lawyer Nerijus Zaleckas told BNS.

The claim filed by the clinic is the first known complaint over the restrictions put in place by the government during the lockdown.

Lithuania’s government on March 16 imposed the lockdown, closed the national borders as well as restricted trade and the provision of services in a bid to stem the spread of novel coronavirus. Gradual easing of restrictions was launched in the second half of April.