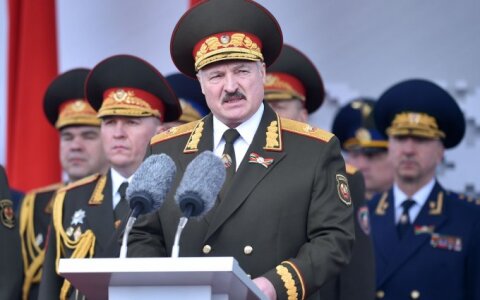 The number of Lithuanian residents considering Belarus to be an unfriendly state is rising amid ongoing disagreements over the Astravyets nuclear power plant, a new public opinion survey has revealed on Friday.

Analysts from the center say such an opinion is determined by the Astravyets nuclear power plant under construction in Belarus close to the Lithuanian border as the Lithuanian government has accused the Belarusian authorities of having picked a wrong location for the project as well as of low environmental and safety standards.

According to the survey, 54 percent of respondents agree with the statement that the Astravyets NPP project poses threat to Lithuania. The survey's authors say the Lithuanian public has an increasingly negative opinion about Belarusian President Alexander Lukashenko.

Attitudes towards the United States and Poland have worsened in recent years. Although almost three quarters (73 percent) of Lithuanian residents consider the US to be a friendly state, the percentage this year was 12 percentage points higher in 2016.

Attitudes to Poland have not gone down so much, with RESC analysts saying further research will be necessary to determine how significant that is. It has gone down from 81 percent in 2016 to 74 percent in 2020.

The survey was carried out on April 22-May 6 by Spinter Tyrimai, using a questionnaire compiled by the RESC. A total of 1,012 people, aged 18-75, were polled online and by phone.