Some 70 flights to return to Lithuanian airports in July 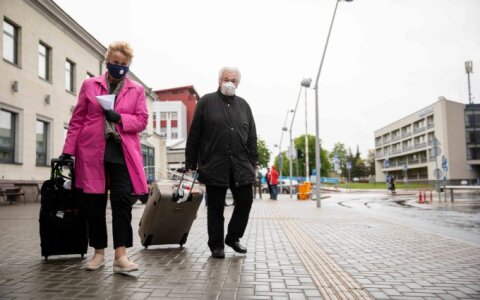 As European countries are gradually resuming air transport, some 70 flights are scheduled to return to Lithuanian airports in July. They will include two new destinations of Dubrovnik, Croatia and London Gatwick.

"Just as we expected, July is starting very actively. Quite a number of the airlines and flight destinations we had before the quarantine are returning to our airports," Tadas Vasiliauskas, spokesman for Lietuvos Oro Uostai (Lithuanian Airports), the airport operator in Lithuania, told BNS.

Flights to Warsaw, Helsinki, Brussels and Vienna are set to be resumed in July. Flights to Greece and Bulgaria will be resumed from Vilnius Airports later this week.

Flights to over 90 destinations are usually operated from Lithuanian airports in July but Vasiliauskas says the July plans reflect positive tendencies in the aviation sector.

"We view the plans of this July as a very good result. The passenger aviation sector is climbing out of a deep hole to reach its previous levels," Vasiliauskas said.

Lithuania closed its airspace for passenger flights and ferries were halted on April 4. The first post-lockdown flights took place in the middle of May.

Some 70 flights to return to Lithuanian airports in July