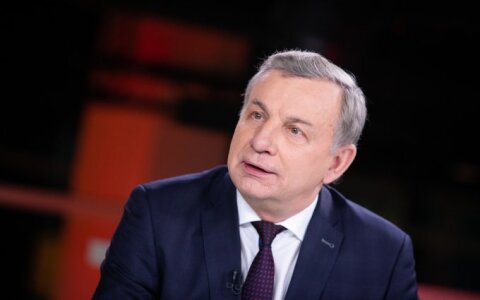 Nauseda emphasized that he expected the new minister to show “strong leadership in distributing support to crisis-stricken business, creating a more transparent system of public procurement, ensuring professional management of state and municipal enterprises and in strengthening regional economies”.

The president added that Sinkevicius had sufficient expertise and political influence in order to be able to achieve the results important for the state during a complicated period before the elections.

Sinkevicius, 68, the leader of the Social Democratic Labor Party's political group in the parliament and chairman of the parliamentary Committee on Economic Affairs, is currently serving his fourth mandate as an MP.

Prime Minister Saulius Skvernelis nominated Sinkevicius for the position of economy and innovation minister on Monday.

The position of economy and innovation minister has been vacant since December when Virginijus Sinkevicius assumed the position of a European commissioner.

In February, Nauseda rejected Lukas Savickas, an adviser to the prime minister, as a candidate for the position.