Veryga: opening border with Belarus would be very risky 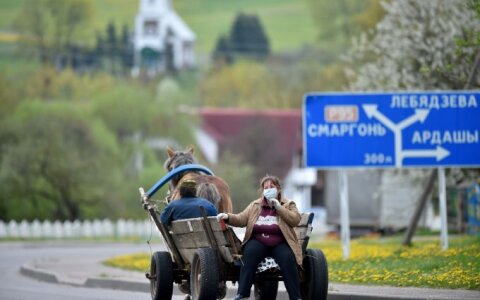 Lithuanian Health Minister Aurelijus Veryga says it would be very risky to reopen the border with Belarus now.

"It would be very risky to open (the border) with Belarus as well as with Russia or a few other countries that I think are playing a very risky game," Veryga told the Ziniu Radijas radio station.

Letting a large part of the population to become infected and develop mass immunity is a strategy that is risky and unjustifiable, according to the minister.

"Perhaps it will be somewhat easier when it comes to Belarus, because it seems that the European Union wants to develop a common strategy for third countries as far as border opening and travel resumption goes, which would be very good," he said.

Veryga believes that the focus should be on resuming travel and opening borders within the Schengen area whose members have similar coronavirus containment measures in place.

Russia has so far confirmed over 493,000 coronavirus cases, the third-highest number globally after the US and Brazil.

Belarus has confirmed over 51,000 COVID-19 cases since the start of the pandemic.

Unlike most other countries, Belarus did not impose any strict restrictions to halt the coronavirus spread and held a Victory Day military parade last month. President Alexander Lukashenko has downplayed the threat of the COVID-19 pandemic, describing it as a "psychosis".

Veryga: opening border with Belarus would be very risky