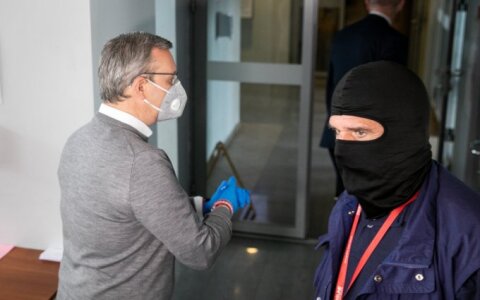 Aidas Budrys, vice president of the Association of Lithuanian Banks, has been appointed the banking body's acting president after its president Mantas Zalatorius, suspected of corruption, was suspended.

The decision was made during an emergency meeting of the association's board including representatives of Dankse Bank, Luminor, SEB, Swedbank and Siauliu Bankas, the association said.

Due to the existing restrictions on his ability to act as president, Zalatorius himself submitted a request to suspend him as the association's president.

The banking sector is also "concerned" about the published information and suspicions brought against the president of the association, the statement also said.

Zalatorius was detained on Tuesday, suspected of influence peddling. He told journalists on Thursday he "did not commit any crime".