airBaltic plans to resume flights to London, Dublin and Dubrovnik but has no permits yet 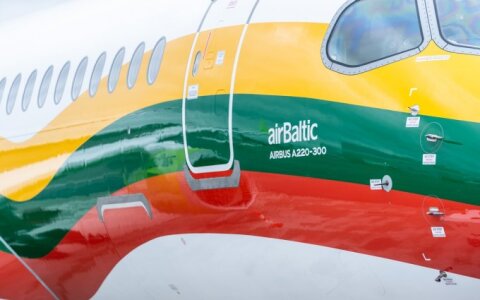 Latvian airline airBaltic says it plans to resume flights from Vilnius to London and Dublin in June and start flying to Dubrovnik in early July but Lithuania's Foreign Ministry says there are no permits for flights in these directions yet.

Airlines selling tickets for flights the government has not given permission for and people buying tickets for such flights are taking responsibility themselves, Rasa Jakilaitine, spokeswoman for the Lithuanian Foreign Ministry said.

"Flights permits are issued taking into account the epidemiological situation and not the number of sold tickets," Jakilaitiene told BNS, adding that before buying tickets, people should check information on the existing rules in those countries and there are different requirements and travel conditions in different countries.

As the Lithuanian government plans to lift the quarantine on June 17, the spokeswoman for the Foreign Ministry says it doesn’t mean on its own that all air travel will be resumed as the government will make a separate decision on that.

Currently, airBaltic flies daily from Vilnius to Riga, Tallinn and Oslo. It will resume flights to Amsterdam on Monday, to Paris on Tuesday and to Berlin on June 11.

airBaltic plans to resume flights to London, Dublin and Dubrovnik