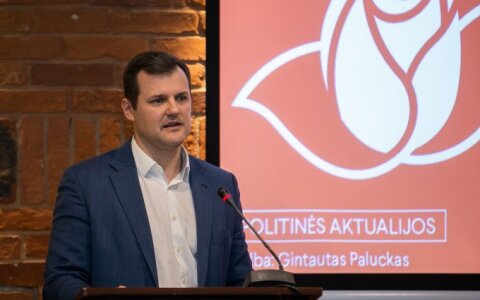 The presidium of the opposition Social Democratic Party of Lithuania on Thursday approved the party's preliminary candidate list for the upcoming Seimas election.

The party's leader Gintautas Paluckas is the No 1 candidate on the list, followed by Rasa Budbergyte, elder of the party's political group in the Seimas, as well as Mindaugas Sinkevicius, mayor of Jonava District.

"Places were attributed taking into account the accumulative rating of the party and the public," Paluckas told BNS.

The lost also includes non-party people, including Saulius Caplinskas, head of the country's Center for Communicable Diseases and AIDS, which is 19th on the list, as well as TV host and journalist Giedrius Drukteinis (20) and cyclist Simona Krupeckaite (25).

The party's council will endorse the final list and the sitting is planed before St John's Day.

Lithuania will elect a new parliament on October 11.