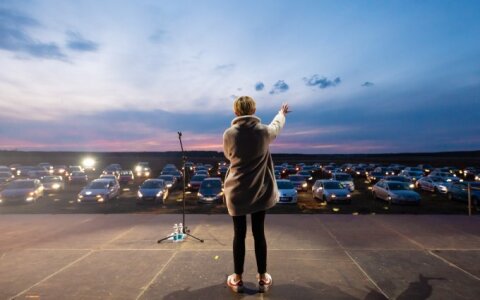 Lithuania's government is initiating a thank campaign „Thank You, Lithuania" and plans organizing short concerts across the country on June 1, Giedrius Surplys, the head of the public information group, says.

"As of today, a government and municipal campaign „Thank You, Lithuania" is being launched. We would like to thank everyone who contributed to dealing with the 1st coronavirus wave in Lithuania. All this week, everyone who has helped to take the crisis under control will be thanked by the prime minister and mayors," he told a press conference.

"The key feature of this celebration will involve a joint concert of many orchestras, choirs and other groups in Lithuania," Surplys said.

In his words, 253 musical collectives from 36 municipalities will play for 15 minutes in different places in Lithuania.