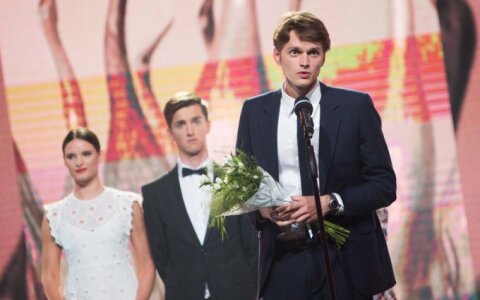 Lithuanian film director Karolis Kaupinis won the best director award for his debut feature, Nova Lituania, at goEast – Festival of Central and Eastern European Film, in Wiesbaden in early May.

Nova Lituania was among 16 competition titles in the main program. The best director award was awarded to Kaupinis by an international panel, the film's representatives said.

A total of 107 films from 40 countries were screened during the festival.

The hybrid 20th edition of goEast ran from 5-11 May due to the ongoing coronavirus pandemic as part of the festival took place online and the remaining events will take place later.

Nova Lituania is set in 1938 as a new war looms on the horizon. Geographer Gruodis comes up with a creative solution to the situation: He proposes creating a “backup Lithuania” overseas, a place where the country’s inhabitants could move in case of danger.

This film has already won the Golden Athena award at Athens Film Festival and won the top prize at Riga Film Festival, and has also received the special Cineuropa Prize at Vilnius Film Festival Kino Pavasaris.