R. van Voren. Will life never be the same? 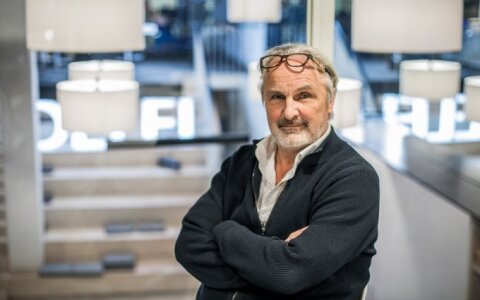 Images of a dolphin swimming in the Venice canals or the port of Rotterdam, cities like New Delhi or Los Angeles with a clear blue sky, they almost seem unreal but in fact symbolize how much the world has come to an abrupt stop. While politicians are racking their brains how to develop a viable exit strategy there are many calls not to return to the old, but to use the COVID-19 pandemic as a wake-up call and try to organize our life a bit better, and less destructive for the environment.

When reading these calls for change I cannot resist thinking back to the 1970s and 1980s, when not only alternative groups such as the squatter movement called for action against the capitalism consumption society, but also some of the more established parts of society were looking for alternatives, and then inadvertently looked to the East, to the socialist countries of the Warsaw Pact.

In the late 1970s and 1980s the newly established Friendship Association Netherlands-DDR was particularly active, and even had prominent social democrats and liberals among its supporters. One of the members even was the Dutch Minister of Justice for a while. In 1987 the General Secretary of the Socialist Unity party SED, Erich Honnecker, visited Amsterdam and was enthusiastically welcomed by the social democratic mayor Ed van Thijn, which resulted in a lot of protests. To tell the truth, Ed van Thijn also actively supported dissidents and political prisoners in the USSR, but his a bit too enthusiastic behavior showed this strange soft spot for a country that was actually one of the best organized and strictest totalitarian regimes in the East.

The interest in the DDR, the German Democratic Republic, was based on a strange combination of nostalgia and quest for alternatives to the Western capitalist consumption economies. While in the East people joked that “capitalism is rotten, but my God, it smells so good”, some people in the West believed that countries like the DDR were attractive alternative lifestyles, because there things were brought down to basics, choices were there but were limited, and the economy was not focused on maximum consumption. There the real values of friendship, solidarity and community still existed, a true “humane” society, while in the booming West-German welfare state all of that was lost.

In November 1989 this all came crumbling down. Within an unexpectedly short period of time the whole house of cards full of lies, repression and surveillance collapsed, and in 1990 the DDR seized to exist. I have fundamental questions about how West Germany swallowed the East, resulting in a two-caste society that still exists today and where victor’s justice determined who was good or bad. But the main thing was clear: the number of people who really prefer the old instead of becoming part of the new was really very small. And those who applauded the system in the West, like the members of this Friendship Association, definitely did everything possible to pretend they never supported it in the first place.

Also now, during the COVID-19 pandemic, when everything seems lost and we are thrown back to the basics, there are people – and quite many of them – who say things will not go back to the same, that the world has changed forever. We will not be flying around so much, we won’t consume so much, we will understand that we have pushed things to the ultimate extreme and that the only way forward is to start a different way of living and turn the crisis into an opportunity.

It all sounds great. Too good to be true. Because when I start thinking about this, I immediately remember the supporters of the totalitarian DDR-regime, where things were “so much more social and community oriented”. They used to say: “why do we actually need ten types of apple juice, why do we need all this abundance?” Yes, it is a good question, why indeed we need all this. But I know one thing: if you today would have to choose between the decadent West Germany or the “socialist” DDR, I know exactly what you would choose.

And that is why life will be the same, sooner or later, and we will continue on our path of destruction.

R. van Voren. Will life never be the same?