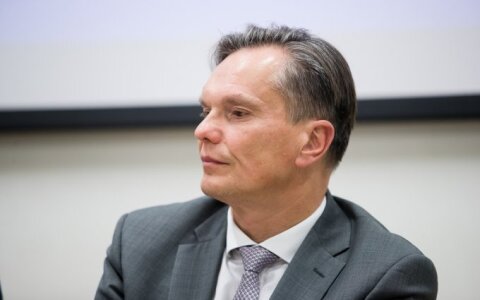 The President and the Ambassador discussed development of bilateral relations between Lithuania and Russia as well as economic and cultural ties. The need to support education in Lithuanian, maintain and foster relations with the Lithuanian community was also addressed.

Ambassador Eitvydas Bajarūnas is appointed to the office as of May 4, 2020. He has previously worked as Ambassador to Sweden and Lithuania‘s Consul General in St. Petersburg. The diplomat was awarded with the Cross of the Knight of the Order for Merits to Lithuania as well as state awards of Sweded, Estonia and Portugal.