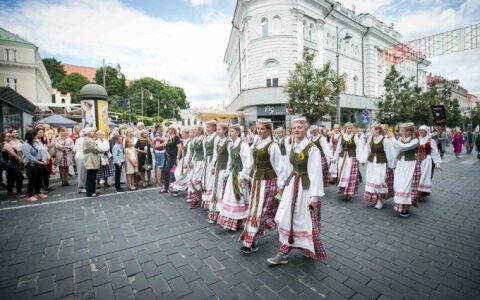 Schoolchildren's Song Festival 2020, planned to be held in Vilnius in July, has been cancelled due to the COVID-19 pandemic, Education, Science and Sport Minister Algirdas Monkevicius said on Wednesday.

"It will not take place this year," he told members of the Seimas Committee on Education and Science.

The minister noted that Latvia had cancelled its festival, too.

The government is considering moving Schoolchildren's Song Festival to another year, according to him.

The history of song festivals in Lithuania dates back to 1924. Separate festivals for schoolchildren have been organized since 1964.

Baltic song and dance celebrations were included onto UNESCO's Representative List of the Intangible Cultural Heritage of Humanity in 2003.