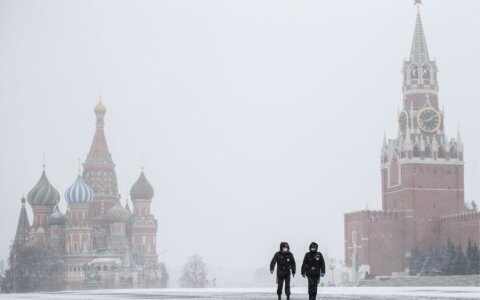 Bajarunas has in the past served as Lithuania's ambassador to Sweden and consul general in Saint Petersburg. In Moscow, he will replace Remigijus Motuzas who was recalled from the post in January.

Sarapinas has previously served as an adviser to former President Dalia Grybauskaite, Lithuania's consul general in New York, the secretary of the Ministry of National Defense, Lithuania's defense attaché in the US and Canada, a vice minister of national defense, and the government chancellor.

He will replace Marius Janukonis whose term expired in late March.

The president also recalled Sarapinas as Lithuania's ambassador to Finland as of May 11.

Lithuanian ambassadors are nominated by the government and appointed by the president, subject to approval from the parliament's Committee on Foreign Affairs.