Thomas Andrew Bryer, a professor in the School of Public Administration at the University of Central Florida and a professor at Kaunas University of Technology, Faculty of Social Sciences, Arts and Humanities
DELFI EN 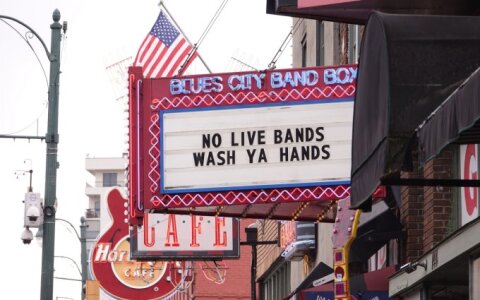 At the time of this writing, 23rd March 2020, in the United States there are more than 33,018 total confirmed and presumptive positive cases of COVID-19, 428 deaths, and cases in all fifty states plus American territories.

In my home state of Florida, there are more than 1,171 known cases, with most in the area around the city of Miami. Fourteen Floridians have died. In the state where I was born and raised, New York, there are 15,168 known cases and 122 deaths.

These numbers are all expected to increase dramatically through the next week and beyond. Like a screening test for the virus that measures a person’s temperature, it is necessary to look for ill health indicators of our political and civic institutions as we muddle through various collective and individual responses to the pandemic.

The Symptoms: America’s disease manifests itself by challenging leaders, citizens and their trust

We can consider the patient, in this case the United States of America, sick if there is no sense of order and confidence amongst the people, citizens are acting selfishly, and social distancing is exacerbating social divisions that pre-dated the global pandemic. All symptoms might appear together, or they might appear separately. In either situation, more care must be taken to restore institutional and civic health in the United States.

Patient’s Background and Diagnosis: chaos within political leadership
The American system of governance is unique in the world in that certain powers are given to the Federal government and all those not specifically given in the Constitution or taken through Federal law are reserved to State governments, such as those in Florida, New York, and California. One benefit of this kind of federal system is that, in normal times, State governments can innovate on a range of policies to respond to challenging public problems.

In recent years, we have witnessed a variety of approaches to addressing opioid addiction, immigrant protection and integration, and climate change. Occasionally, leaders in the Federal government push against State and local innovations; sometimes Federal leaders create mandates for State and local leaders to follow. The result is a patchwork of policies and approaches that may align with the various norms and values of American citizens. The further result is an abundance of government leaders who have various degrees of power and authority, depending on the issue.

In the case of the global pandemic, both the President of the United States and the various governors of the fifty states, have certain authorities to act unilaterally or with support from legislative bodies. With blurred boundaries in responding to a public health crisis, coordination across levels of government is essential. 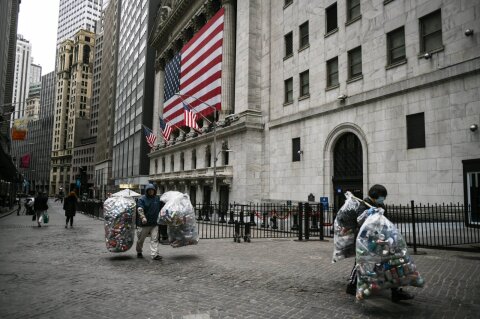 Given this, the political leadership of our patient, the United States of America, must be examined at all levels and branches of government. Based on the examination, summarized next, my diagnosis is the patient is presumptive positive for institutional and civic sickness based on inconsistent, uncoordinated, and emotionally unsupportive political leadership.

Let’s start with the most visible leader, President Donald Trump. The manifestation of sickness in our patient is best captured in the words of Dr. Anthony Fauci, the director of the National Institute of Allergy and Infectious Diseases who has stood behind President Trump through most of his public media briefings. In an interview in the journal Science published on 22nd March 2020, he said of the president, “I can’t jump in front of the microphone and push him down” when he says something inaccurate or potentially damaging to public health.

As a Doctor of Philosophy, I admit to speaking boldly to my television set for him and others standing behind the president to do just that. The reason is that the words the president uses on television and on Twitter provide false hope to citizens and divisive political rhetoric that distracts from the core mission of the government in responding to a pandemic: ensure public safety and mitigate social, physical, mental, and economic harm. 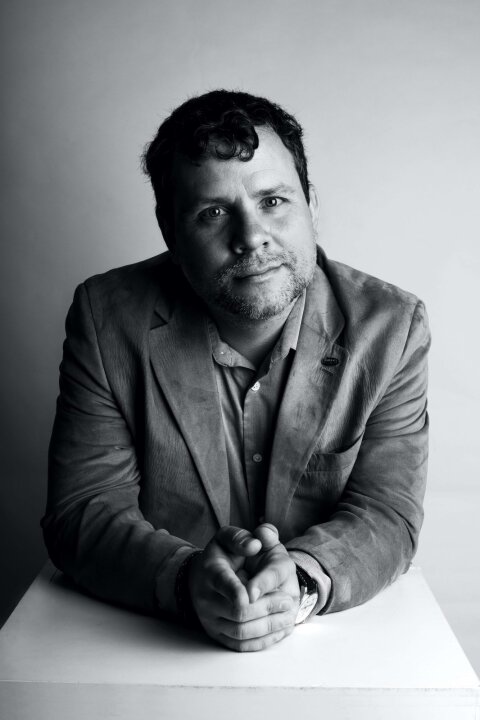 There is not sufficient space in this short commentary to repeat all that he has uttered and tweeted in the past two or three weeks alone. As examples, in the early days of the pandemic, he labeled it as akin to a hoax perpetrated by his political opponents and the media, all designed to wreck his political career. Citizens who refuse instructions to self-isolate and maintain social distance can still be found who repeat this absurd idea. Another example is his championing of an untested drug as a cure for COVID-19, which reports are already coming in showing the drug is now in short supply for those who legitimately need it for diseases where it is proven effective.

Whereas leaders like President Trump are harmful and reflect a clear sickness in the American system, at least with respect to the pandemic response, there are some governors who are acting like white blood cells in the political system. Governors Andrew Cuomo (Democrat) of New York, Gavin Newsom (Democrat) of California, and Mike DeWine (Republican) of Ohio are presenting themselves daily to the public in a calm, measured, and decisive manner.

Where they cannot get the Federal government to coordinate with them, they are coordinating with other State governments to facilitate at least a regional response to the pandemic. In summary, the United States is symptomatic with poor political leadership. To treat this symptom requires boosting the white blood count in the form of the various governors, legislators, and mayors throughout the country.

As with political leadership, examining citizen responsibility of our patient, the United States of America, my diagnosis is presumptive positive for institutional and civic sickness based on patterns of hoarding basic goods (example: toilet paper, cleaning supplies, fresh meats, and bread) and flagrantly disregarding instructions to maintain social distance. During the spring break period, a popular time for university students, hundreds of young people occupied beaches in Florida and California.

Before closing its gates, the owners of Disney World held a massive party with several hundred or more people crammed together. In the City of San Francisco, social distancing measures were ignored as citizens of all ages walked in large gatherings in parks and other public venues. Until local and state governments closed bars, these were also packed with individuals who either feared not for themselves and/or cared not for others.

Asking citizens to sacrifice in the national interest is not something the government often does. Since President Trump is using the metaphor of “war” in fighting the global pandemic, it is apt to note that the last time citizens were asked to pay a higher tax rate to fund a war was 1968, a fact that undoubtedly has contributed to the nation’s record deficits and debt. If getting people to stay home and not hoard is a problem, what will happen when the bill comes due for keeping Americans safe?

In summary, the United States is symptomatic with poor citizen responsibility. To treat this symptom requires tweaking the words of one of the nation’s founders, Benjamin Franklin. He wrote: “Those who would give up essential Liberty, to purchase a little temporary Safety, deserve neither Liberty nor Safety.” Instead: Those who would temporarily give up absolute Liberty, to maintain long-term Safety, deserve both Liberty and Safety. It is possible to protect both the essence of America, in the form of Freedom and Liberty, through the people demonstrating that they can sacrifice. Freedom, after all, is not free.

As with political leadership and citizen responsibility, examining social cohesion and solidarity of our patient, the United States of America, my diagnosis is negative but need for monitoring. The social divisions that have been, over the past several years, exacerbated through group-isolating social media and cable news media, are even further exacerbated as the places for congregation are now exclusively online. 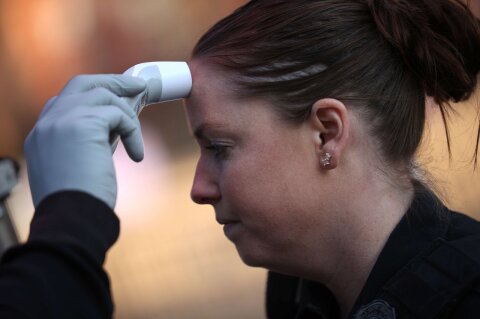 Here, people of like mind feed on each other’s biases and presumptions, fears and stereotypes. When President Trump refers to COVID-19 as the “China Virus,” this label finds its way into the minds of closed groups and will likely lead to latent division and possibly physical violence against Asian Americans in the months ahead. The same applies to the use of words like “hoax” and “enemy of the people” in describing political opponents and national media.

Successful Cases: not all is lost

While these manifestations are cause for great concern, there are also glimmers of hope and, ultimately, indicators of survival of the American system, despite the tests imposed by poor political leadership and limited citizen responsibility. As millions of Americans lose their jobs during this period of social distancing, and for some time afterward, individual citizens are raising and giving money sometimes to strangers so they can pay their rent, buy food, and take care of their elderly parents and/or children. Strangers are forming virtual dinner parties, forging relationships where none existed before. Nonprofit organizations are self-organizing into peer support groups to survive or fall together.

These are the parts of American society that so enamored Alexis de Tocqueville while visiting 19th century America: grassroots stepping into the gaps left by government, self-organizing to help others through volunteerism. Though many citizens (too many) are acting selfishly and without responsibility, most are doing what is right for themselves, their communities, and the future of the country. The pandemic will end, and the symptoms of institutional and civic malaise will be treated. On the second point, the most fundamental question is: who must apply the treatment? The answer is as written in the preamble of the United States Constitution. We the people of the United States….