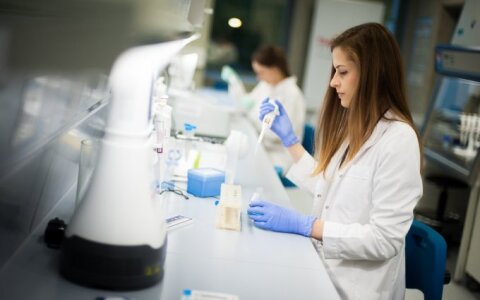 The Lithuanian government and Thermo Fisher Scientific Baltics have signed a contract on the supply of test kits for COVID-19 diagnostics.

The government said in a press release on Monday that it had signed the contract with the US-owned, Vilnius-based medical and scientific equipment producer on March 20.

Some of the test components will be produced by Thermo Fisher Scientific Baltics' local staff, it said, adding that the remaining components and the necessary equipment was on its way to Lithuania from several foreign countries.

"This is great news for us, especially given the difficulties we are facing today both in procuring test kits and in bringing them from abroad," Prime Minister Saulius Skvernelis said in the press release.

The aim is to make these highly accurate molecular diagnostic test kits available for use by Lithuanian health workers starting next week. However, this will depend on how quickly all the necessary equipment and components are delivered from abroad.

It is estimated that once fully operational, the systems will allow performing up to 2,000 tests daily and analyze 450 samples at a time.