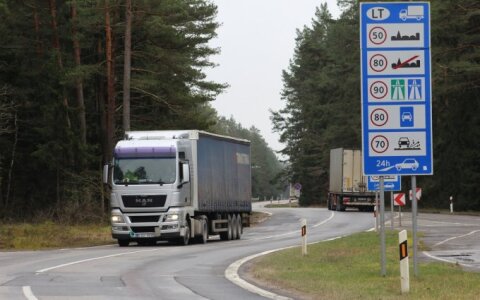 Lithuania's government on Sunday decided to allow foreigners to cross the country in transit until Thursday.

"People returning to their country of residence are allowed to cross the Lithuanian territory in transit until 00 hours on March 26 without necessary stops in groups of people or vehicles by ensuring mandatory escort of these groups from the arrival in Lithuania to their departure via international border crossing points," Interior Minister Rita Tamasuniene told a Cabinet sitting today.

In her words, facilitated transit of persons via the Lithuanian territory from and to the Russian region of Kaliningrad can only be executed via Kena and Kybartai railway border checkpoints.

Lithuania closed its borders to foreigners after the country was placed under quarantine on Monday to slow the spread of the new coronavirus. But the country gave foreigners time to return to their countries via Lithuania.

The deadline was in place for three days and was extended to the end of this week and has now been extended until March 26.