Ambassador: shipment of medical protection means to reach Lithuania as fast as possible 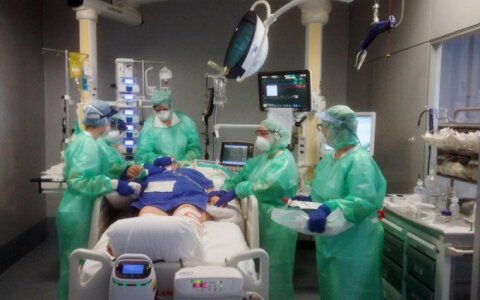 A shipment of medical protection means will be delivered to Lithuania as soon as possible, the country's Ambassador to China Ina Marciulionyte says.

"The purchase was signed today, and the means are now being collected, so we are now looking into how these means will reach Lithuania. There are two options, including a flight and a train," the diplomat told BNS. "We will do the way it's possible but definitely the shipment will reach Lithuania as soon as possible."

The ambassador also said the embassy helped to acquire this shipment, also adding that the embassy has been flooded with requests from China.

"We are now flooded with requests from Lithuania to buy things," Marciolionyte said.

The government did not disclose the value of the contract and the provider.

No information on reagent shipment

A shipment of reagents used to diagnose the coronavirus is now underway to Lithuania from China and South Korea but Marciulionyte says it has no information on this shipment.

The shipment has not yet reached Lithuania yet amid disruptions in the supply chain, Vytautas Zimnickas, the director of the National Public Health Surveillance Laboratory said on Friday.

The Health Ministry said on Tuesday that over 10,000 reagents were supposed to be delivered to the National Public Health Surveillance Laboratory on that day but they have not been received so far.

The ministry plans that another 20,000 reagents should be delivered next week.

Agreements on the delivery of 60,000 reagents have been reached with various companies.

Due to a lack of testing kits, the Health Ministry has been forced to suspend the opening of mobile checkpoints in seven cities. They will only operate in Vilnius, Kaunas and Klaipeda.

Ambassador: shipment of medical protection means to reach Lithuania as fast as possible