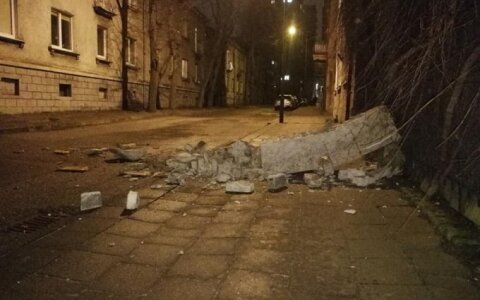 Lithuania's Fire and Rescue Department has received 471 calls by 6 a.m. on Friday over the consequences of the overnight storm that killed one woman and damaged 13 cars.

The calls were over damage to power lines, buildings and trees having fallen on cars, the FRD told BNS.

"Most of them (93) were received in Klaipeda County, and also 66 in Vilnius County, over 40 in Panevezys, Kaunas, Siauliai and Utrena Counties, and over 20 in Marijampole County.

It was reported on Thursday that a ripped part of a roof killed a woman in Ukmerge, and the same piece also damaged a bus.

All in all, there have been 13 reports of trees having fallen on cars, the FRD said.