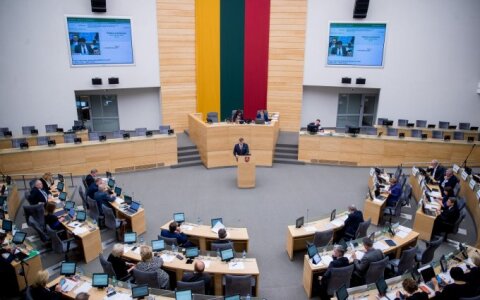 Since spring 2017 MPs have published a total of 3597 meetings with interest groups and registered lobbyists. In autumn of 2019, 74 MPs declared 683 such meetings, which makes it the second most active session of this Parliament. The report conducted by Transparency International Lithuania draws on the information published by parliamentarians in their official work calendars, personal websites, and a website manosusitikimai.lt.

The largest number of meetings were held with business associations and businesspeople (184), NGOs (180), education and science representatives (126).

The number of parliamentarians who declared their meetings with registered lobbyists increased 5 times since spring 2017. During the autumn 2019 Parliamentary session, 14 MPs announced 25 such meetings.

For research purposes, only publicly available information between September 10th, 2019 and February 16th, 2020 was used. Information was obtained from official working calendars, personal websites, and entries of meetings with interest groups made on the website manosusitikimai.lt.