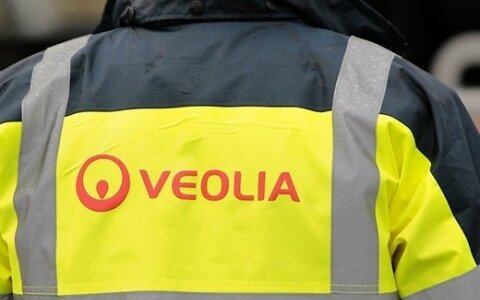 Vilnius Municipality and the municipal heat supply company Vilniaus Silumos Tinklai (VST) are seeking 560 million euros from France's Veolia, a former operator of the Lithuanian capital's heating sector, in their Stockholm arbitration dispute, up from the previously announced amount of over 400 million euros.

"Our claim amounts to 560 million euros for the benefit of VST and the city," Vilnius Mayor Remigijus Simasius said at a news conference on Tuesday, adding that the claim is backed "by serious arguments".

According to the mayor, the main arbitration hearings will be held between August 17 and September 4 this year.

"Those two weeks at the end of August are crucial," he said.

Under an agreement signed by the municipality and VST, most of the legal costs in the arbitration dispute will be covered by Profile Investment, a Luxembourg-registered venture capital fund. Its success fee will depend on the amount awarded.

Veolia (former Dalkia) operated Vilnius' heating grid between 2002 and 2017 via its local subsidiary, Vilniaus Energija. Vilnius Municipality took over the assets in 2017 when the 15-year lease expired and now holds almost 100 percent of shares in VST.

Veolia, in turn, is claiming 22 million euros in damages from the city.