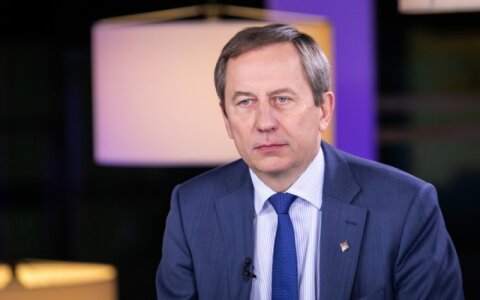 Under the presidential decree, Matulionis will assume the new position on April 20.

Prime Minister Saulius Skvernelis said on Thursday he plans to appoint his adviser Lukas Savickas, who was not appointed economy and innovation minister, as the government's deputy chancellor.

"He will probably be appointed the government's deputy chancellor," the prime minister told journalists.

Matulionis started his diplomatic career in 1991 after joining the Ministry of Foreign Affairs. He later served as Lithuania's ambassador to Denmark and Germany, was government chancellor in 2009-2012, and was appointed Prime Minister Saulius Skvernelis' advisor on international policy in 2017. He has served as the government's vice chancellor since February, 2018.

Candidates approved by the parliamentary Committee on Foreign Affairs are proposed to the Cabinet, and the final decision is made by the president.