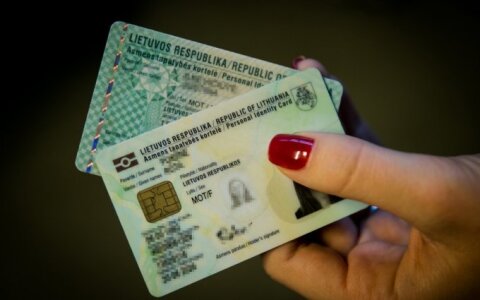 Criminalists from Vilnius police have busted a man who is suspected of forging ID and other documents of various countries.

Vilnius County police said on Friday the crime was uncovered during a pre-trial investigation into illegal possession of a very large quantity of drugs, which led officers to check information on document forgery.

An in-depth analysis helped to identify the person who was engaged in document forgery. Criminalists searched his house in Vilnius in January and found a document forgery laboratory where not only Lithuanian but also various documents from the majority of European countries were very professionally forged.

The person used to also buy genuine documents that were later used for forgeries, officers found.

Suspicions of document forgery and sale were later brought against the man who has been convicted for similar criminal activity several times. He is facing up to six years in prison.

Police criminalists say forged documents are in demands among illegal immigrants who use them to enter Lithuania and then further travel to other EU countries.