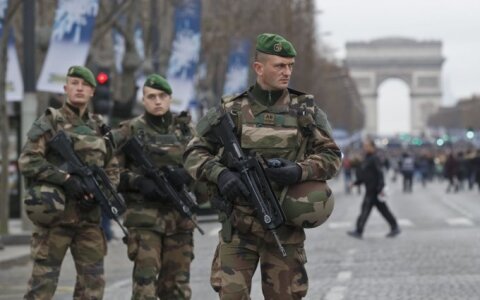 France will send 300 troops to Lithuania in late June, Foreign Minister Linas Linkevicius confirmed to BNS after meeting with his French counterpart in Paris on Monday.

"France will in late June send a large contingent of about 300 troops to join the German-led NATO forward presence," Linkevicius said by telephone from the French capital.

"Our troops participate in missions that are important to France. We have about 40 troops in Mali, and they (the French) appreciate our contribution, too. This is our mutual interest. We try to help each other in (our) priorities," he added.

Linkevicius made the announcement after his meeting with France's top diplomat, Jean-Yves Le Drian.

NATO's enhanced Forward Presence Battalion Battle Group in Lithuania consists of over 1,200 troops from six countries, including more than 600 from Germany, the lead nation.

In Paris on Monday, Linkevicius also met with Pierre Vimont, the French president's special envoy for the development of relations between the EU and Russia, and Minister of State for European Affairs Amelie de Montchalin.

Related articles
Chief of defense: NATO battalion would have determination to act
Fake report about coronavirus-infected US soldier posted on news website

The officials discussed Lithuanian-French bilateral relation, the implementation of the goals of the strategic partnership between the two countries, the security situation in the region, EU issues, and the situation in Russia and Ukraine.

Linkevicius is visiting Paris at the French foreign minister's invitation.