In foreigners sight: how does foreign news media present Lithuania to travellers? 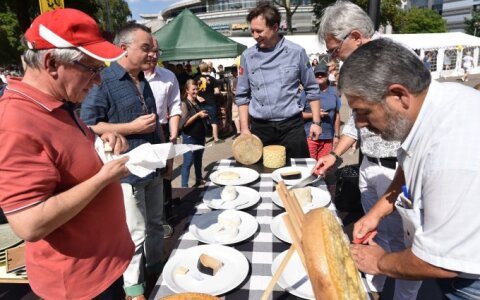 In 2019, Lithuania was covered as a travel destination by TIME, The Times, The Independent, Travel+Leisure, Le Monde and a variety of specialized publications and blogs, which have audiences in the millions.

“Lithuania increasingly appears in the sights of media outlets, which hold the largest audiences. English language publications, which featured articles about Lithuania as a travel destination last year, alone have a combined monthly audience of over 400 million people. Of course, coverage is also increased by attention from national news media outlets. Articles in the most read Israeli daily Israel Hayom, segments on Italian national television seen by millions, publications in German and Scandinavian lifestyle magazines – each such “appearance” helps various stories to reach diverse target audiences around the world,” states Indrė Trakimaitė-Šeškuvienė, Head of Marketing and Product Development at Lithuania Travel, the country’s national tourism development agency.

“We are glad that there are more and more projects with foreign media, and journalists are invited to Lithuania by both Lithuania and the city development agencies Go Vilnius and Kaunas IN, as well as individual tourism businesses and other institutions.”

The tourism industry news portal Travel Weekly, in its summary of the past decade, emphasised the growing potential of Central and Eastern European countries and the growing interest among US travellers. The portal emphasises that recognition of Lithuania received a significant boost from the series and movies filmed in the country – Catherine the Great, The Last Czars, Chernobyl and others. In this context, Lithuania received coverage by publications that have audiences in the millions such as TIME, Euronews, The Sun and others.

Lithuania was included in the 2020 recommended destination list by one of the largest Spanish publications El Pais. Vilnius is among the ten cities, which The Independent advised to visit this year.

The travel offer portal Lastminute.com presented its readers and clients with 15 destinations for this year, describing. Lithuania as a country of gastronomic experiences. Lithuania has earned similar descriptions from the most important travel publications, including the magazine Travel+Leisure.

The active travel-oriented portal Adventure.com places Lithuania among countries where journeying can reveal the beauty of Europe from a different angle. The UK news portal iNews included Lithuanian in its list of alternative seaside holiday destinations.

Foreign media attention is often drawn to unusual or peculiar locations from across the world. A frequent “guest” of such publications is the Hill of Crosses. For example, this year, one of the largest news portals in the UK The Daily Mail included Lithuania in its list of the most unusual locations to visit.

The US travel portal Matador Network, which has an audience of several million, presents Lithuania as one of the 25 locations to visit in 2020.

According to the portal, Lithuania’s days of modest recognition are nearing an end with the beginning of the new decade. “At a glance, Lithuania looks like a fairy tale, a collage of dense forests and deep blue waters, quaint villages and grand castles, towering dunes and vast flatlands. Late to Christianize, Lithuania’s scattered with a mishmash of holy sites both eerie and enchanting. Begin your tour at the imposing Hill of Crosses pilgrimage site, then work your way to coastal resort Klaipeda. Nearby, you’ll find the Hill of Witches, a sculpture garden celebrating Lithuania’s pagan heritage with nearly 100 wooden folk artworks,” the Matador Network article reads.

In foreigners sight: how does foreign news media present Lithuania to travellers?