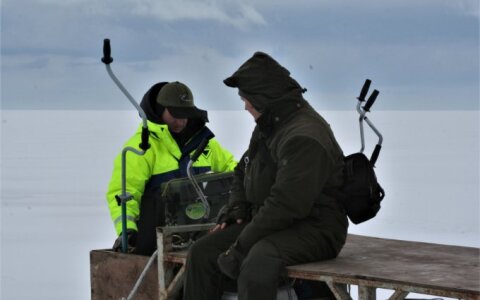 Tests have found no contamination in fish from the Curonian Lagoon despite the release of untreated industrial wastewater by Grigeo's Klaipeda cardboard factory, the Lithuanian State Food and Veterinary Service said on Friday.

"No pollutant concentrations exceeding the maximum limits were found," Jurgita Savickaite, a spokeswoman for the veterinary authority, told BNS.

Specialists tested fish from the Curonian Lagoon and nearby water bodies, she said.

The Delfi.lt online news site has reported that samples of zander, common bream, common roach and vimba bream were tested.

The tests were carried out after law-enforcement officials launched a pre-trial investigation into suspicions that Grigeo Klaipeda had continuously discharged untreated wastewater into the Curonian Lagoon.

As part of the investigation, formal suspicions have been brought against Grigeo Klaipeda as a legal entity and three of its employees.