Sinkevicius: it is the deal which leaves nobody behind 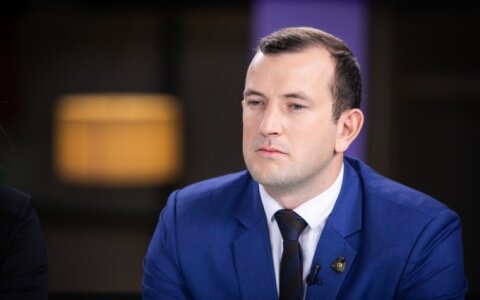 The fight against climate change was high on the agenda of the January plenary session of the European Economic and Social Committee (EESC), which hosted a debate on COP25 and the European Green Deal.

Urgent measures need to be taken to make climate protection and sustainable development happen, and the European Union must take the lead, the European Commission announced in a press release.

At the debate held in Brussels on 23 January 2020, EESC president Luca Jahier was sharp in his words: "We are at a critical time. Unfortunately, the world is not on track to achieve the objectives of the Paris Agreement on climate change and SDG targets and this could have devastating implications for all of us", he said.

The EESC president added that the transition to a sustainable, carbon-neutral and resource-efficient economy required fundamental changes in our society and in our economy, underlining that the EU had to deliver on two levels, on one side implementing the 2030 Agenda itself and on the other promoting it in the world. "As the EESC, we are convinced that the implementation of the 2030 Agenda must be the EU's top priority for the next decade. Europe must be the frontrunner, the global leader on climate!" he continued.

Mr Jahier deplored the lack of political will of the countries present at Madrid's COP25 to step up their climate efforts, which led to a mediocre outcome at the international climate summit. However, he praised European Commission president Ursula von der Leyen's Communication on the European Green Deal and its strong commitment on climate neutrality by 2050.

In this respect, Virginijus Sinkevičius, commissioner for Environment, Oceans and Fisheries, pointed out that the Green Deal was not only a way of tackling climate change problem, but also an ambition to ensure economic growth and social justice. "It is about people and society, it is the Green Deal which leaves nobody behind" he declared, stressing that the Biodiversity Strategy, the Circular Economy Action Plan and the other systematic solutions to deliver climate change aims would cater for both people and planet, pulling together all sectors and actors.

Commissioner Sinkevičius also warned that it was crucial that the green transition ideas did not stay in Brussels but that they became a reality on the ground in the Member States as soon as possible, assuring that the SDGs were a priority for the Commission and would always be the backdrop to its work.

According to the EESC president, by adopting the Green Deal as its first political imitative, the new Commission showed leadership and determination to promote ambitious climate and environment policies inside the EU and across the world. "I welcome the new narrative of the Commission, which proposes a new growth strategy – a growth that gives more back than it takes away. As I often say, delivering on the SDGs is the way forward because it is a win-win agenda for everyone: employers, trade unions, citizens - and for our planet", he stated.

Sinkevicius: it is the deal which leaves nobody behind