Debates started to get a grip on environmental polluters 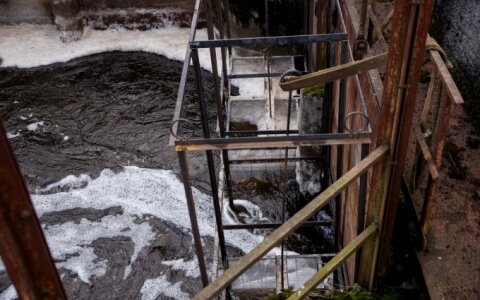 The of Lithuanian Seimas during its extraordinary session on Thursday started deliberating a package of environmental protection bills aimed at increasing pollution taxes and getting a grip on environmental polluters.

Environment Minister Kestutis Mazeiks says once the so-called "Klaipeda Package" is adopted, companies will risk losing their operation permits after three violations. Also, inspectors will be allowed to take samples without warning.

"It's deplorable to state that we will still hear about environmental problems, and not once. And my goal and duty is to eliminate them and treat the system. I would like to ask you to make sure this package sees the daylight as soon as possible for that criticized or rotten, broken system to prove that it's still capable of working," Mazeika told lawmakers.

83 members of the Seimas voted for the extraordinary session's program with no votes against and ten abstentions.

Debates started to get a grip on environmental polluters