Police: there was no girl kidnap in Vilnius 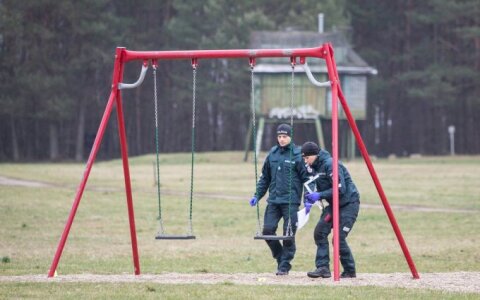 There was no girl kidnap in Vilnius, the Lithuanian capital's police said on Friday night.

"I can assure Vilnius residents that there was no such incident as a child kidnap," Saulius Gagas, chief of Vilnius County Chief Police Commissariat, told a press conference on Friday night. "Persons who saw the incident might have interpreted it their way."

The police have not received any report of a kidnapped child over the past days, Gagas said.

"Over the past two days, the police have taken a lot of action and analyzed received information and have not found evidence of a crime having been committed at that time and in that place," the Vilnius police chief said.

The police also suggested that prosecutors should drop the ongoing pre-trial investigation into a child kidnap.

"There might have been an incident but we have no evidence it was a child kidnap," Gagas said.

The capital's police received a report at around 7:14 p.m. last Wednesday that a girl aged 11 or 12 years could have been forced into a silver or yellow car with foreign number plates in Sausio 13-osios Street.

Police: there was no girl kidnap in Vilnius