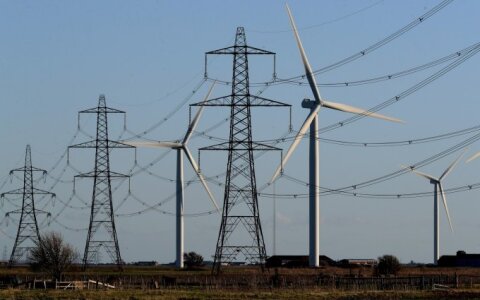 The European Commission offers to provide 97 million euros to Lithuania to help it transition toward a climate-neutral economy, informed sources have confirmed to BNS.

The amount should be allocated to Lithuania under the so-called Just Transition Fund proposal unveiled by Brussels this week.

All EU member countries, except Poland, have committed to shift to a climate-neutral economy by 2050, which will require drastically reducing carbon emissions.

The Commission says the fund will help alleviate the socio-economic impact of the transition, especially for regions that rely on fossil fuels.

Lithuanian government officials say transport and agriculture are the sectors will face the most challenges during the country's transition toward climate-neutrality.

Measures to achieve these goals include increasing the share of renewable energy sources in the overall energy mix and the efficiency of energy consumption, switching to environmentally-friendly cars, and expanding forest areas.

Poland, whose economy relies heavily on coal, is likely to get the largest slice of Just Transition Fund, with 2 billion euros proposed for the country.

"But member states will not be automatically awarded those sums as money will be allocated based on regional transition plans, which will have to spell out exactly how funding will be spent," the website said.