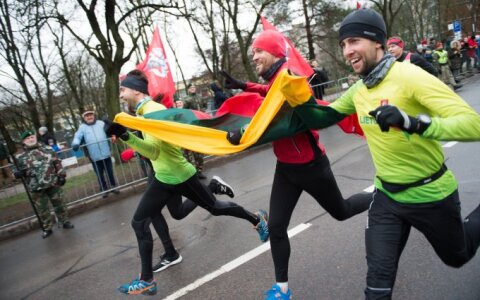 Vilnius is hosting on Saturday a traditional run to pay tribute to the victims of the Soviet army's crackdown on unarmed civilians in the Lithuanian capital 29 years ago.

The event will start at Antakalnis Cemetery, where the victims of the January 13, 1991 events were buried, at noon. Participants will run through the streets of Vilnius to the finish line at the TV Tower.

Fourteen people were killed and more than 800 were injured when the Soviet troops stormed the TV Tower and the Radio and Television Committee building in Vilnius in the early hours of January 13, 1991.

Last year, Vilnius Regional Court convicted former Soviet Defense Minister Dmitry Yazov and more than 60 other former Soviet officials and military officers of war crimes and crimes against humanity. The majority of them were handed prison sentences in absentia.