Lukiskes prison in Vilnius gears up for popular Netflix's series 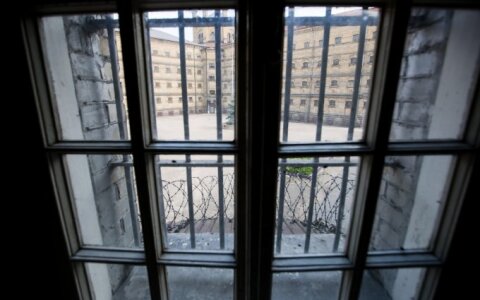 The 4th season of the Netflix drama Stranger Things will be shot in Vilnius, with preparations now underway, several sources confirmed it to BNS.

The Lukiskes prison, closed last year, is one of the filming locations. Although a contract with the TV series' creators has not been signed yet, active preparation for filming is underway and equipment is being installed, the sources told BNS.

Several other locations in Lithuania have also been chosen for filming the popular sci-fi show.

Vilnius Film Office, which is responsible for the film industry in Vilnius, has refrained from comment as yet.

Lithuania has been attracting the global film industry's attention for the past several years due to tax exemptions and exceptional shooting locations, as well as due to Vilnius Film Office and the central government's attention to the country's promotion among film creators.

Last year, Netflix filmed its crime TV show Young Wallander in Vilnius, and the US cable TV giant HBO filmed its mini-series Chernobyl in Vilnius and Visaginas in Lithuania.

Lukiskes prison in Vilnius gears up for popular Netflix's series