Transport Minister about claims employing people linked to his party: President seems to be misled 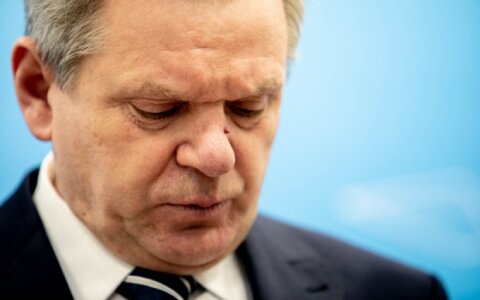 Lithuanian Transport Minister Jaroslav Narkevic has denied President Gitanas Nauseda's claims that he has employed 20 people with links to his party in the transport sector.

He says the president is possible being misled.

"I would like to deny the information that emerged today and has nothing to do with reality. (…) There's an impression that his Excellency President is being misled. The question arise as to who and why is doing that," Narkevic told a press conference on Thursday.

Earlier in the day, Nauseda told the national radio LRT that "(Narkevic) has given jobs to at least 20 fellow party members or people related to party members at companies under the ministry's control".

The president believes questions regarding the minister's dismissal should be, first of all, addresses to the prime minister who's Narkevic's direct boss.

The ruling coalition plans to decide on the minister's future next week.

Transport Minister about claims employing people linked to his party: President seems to be misled