Key economic and business events in Lithuania in 2020 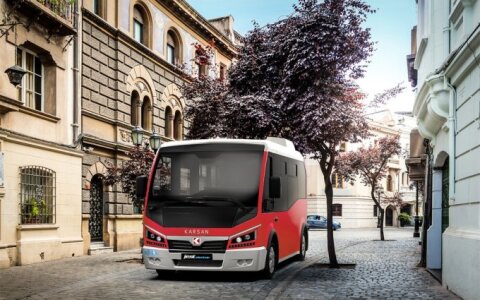 BNS offers a look at what are likely to be key economic and business events in Lithuania in the year ahead.

Lithuania's GDP growth is forecast to decelerate to up to 2.5 percent this year due to economic stagnation in the country's key export markets. Rising international trade tensions will remain the key risk.

Lithuanian business investment growth is expected to slow, too, but average wage growth will remain robust, and labor immigration will continue to increase. Income inequality and poverty will remain the biggest problems in Lithuania this year.

In February, an EU court is expected to start hearing an appeal by Lietuvos Gelezinkeliai (Lithuanian Railways) against the European Commission's fine of almost 28 million euros for hindering competition in the rail freight market by dismantling a railway track to Renge, in Latvia, back in 2008.

In June, the International Center for Settlement of Investment Disputes (ICSID) in Washington may begin to hear an action filed against the Lithuanian state in 2016 by France's Veolia which seeks almost 120 million euros in damages for its investment in Vilnius' heating sector.

Lithuania has decided to move its counterclaim against Veolia, in which it seeks over 130 million euros in compensation for the damage allegedly caused to the state and consumers, to national courts and is asking the ICSID to terminate the arbitration proceedings.

In mid-2020, a Stockholm arbitration court is likely to start hearing a claim of over 400 million euros brought against Veolia by Vilniaus Municipality and the municipal heat supply company Silumos Tinklai (VST). Veolia has filed its claim, too.

The detailed technical design of the European standard-gauge railway Rail Baltica's section from Kaunas to the Lithuanian-Latvian border is expected to be completed and the necessary construction permits are to be obtained in the second half of the year. RB Rail, the Baltic joint venture coordinating Rail Baltica, is to apply for EU funding by late February. Lithuania will ask for 298 million euros in support for projects worth 351 million euros in total.

Lietuvos Gelezinkeliai expects freight traffic on the rebuilt tract to Renge to resume in the first quarter.

Lithuanian and Polish companies are likely to sign by April an agreement on the implementation of a project for building a new submarine cable, named Harmony Link, between the two neighboring countries. An application for EU funding is planned to be submitted in late May. The EU is expected to provide a total of 700 million euros in support, including 510 million euros for the Harmony Link construction.

A call for bids from potential contractors for the construction of the submarine cable is expected to be issued in late 2020.

The construction of two new cogeneration plans, in Vilnius and Kaunas, by the state energy group Ignitis Group in nearing completion. The Kaunas facility conducted test runs in December and is likely to launch commercial operations in May. The Vilnius facility is scheduled to begin test runs in June and come online in the fall.

As part of plans to liberalize Lithuania's retail electricity supply market between 2021 and 2023 to allow all household consumers to choose their power supplier, the Seimas is expected to pass the necessary legislation this year.

ESO, a subsidiary of Ignitis Group, expects to select a supplier this year before launching its smart meter installation project, worth around 147 million euros, in 2021. The company plans to install up to 1.2 million smart meters during the first stage.

Following the signing of a 363-million-euro contract between Lietuvos Gelezinkeliai and Spain's Elecnor in December, the designing stage of the electrification of the Vilnius railway hub and the Kaisiadorys-Klaipeda railway will take place in 2020. The electrification project is expected to be completed by late 2023.

The preparatory work is starting in January after Amber Grid signed last year a contract with Lithuania's Alvora on the construction of the Lithuanian part of the Gas Interconnector Poland-Lithuania (GIPL) and a pipe supply contract with Poland's Izostal. The pipeline is planned to be built by the end of 2021.

As part of plans by Klaipedos Nafta to purchase the FSRU Independence or a similar vessel by late 2024, preparations will be underway this year to launch a tender process, and the European Commission's clearance of a state aid will be sought in order to obtain another loan of up to 140 million euros from the Nordic Investment Bank.

Poland's state-owned gas company PGNiG is to start trading in LNG via the Klaipeda small-scale onshore LNG reloading station in April, which is expected to give a major impetus for the development of the LNG market.

Vilnius expects to sign a football stadium concession contract, worth around 93.2 million euros, with Axis industries, an Icor Group company, in February. The demolition of the old stadium's structural skeleton on the site will begin soon afterwards, with a new structure planned to be built in 2023.

The European Commission and EU member states will this year negotiate on the bloc's budget for 2021-2027. These talks will determine how much EU money Lithuania will receive in the form of structural support, subsidies to farmers and funding for the Ignalina Nuclear Power Plant decommissioning. The EU's funding to Lithuania will likely decline in the next budget period, compared with the previous one, due to Britain's expected withdrawal from the bloc in late January.

Following last year's publication of a report on the "EU coordinated risk assessment on cybersecurity in Fifth Generation (5G) networks", the Lithuanian Defense Ministry says 5G frequency auctions may be announced in the first quarter of this year.

Talks on the so-called Mobility Package, which will regulate working conditions for truck drivers, will continue this year. The European Parliament's Transport Committee will discuss the package at the start of the year. Following a vote at the European Parliament, the new legislation will have to be approved by EU transport ministers. After that, the bloc's member states will have 18 months to integrate it into national legislation.

The European Commission plans to conduct an additional impact assessment of some of the provisions of the package. If the process runs smoothly, the full package will take effect in a couple of years.

Despite opposition from Lithuania and other Central and Eastern European countries, it was agreed during EU inter-institutional talks last year to require that haulage companies return their trucks to their country of registration every eight weeks.

Key economic and business events in Lithuania in 2020