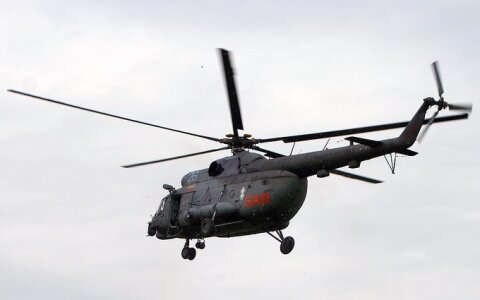 Rasa Pekarskiene, a spokeswoman for the National Transplant Bureau, confirmed the delivery to BNS on Wednesday.

"Two people of Lithuania will be given hope for recovery," she said.

At around 4:45 pm on Tuesday, the Lithuanian Air Force received the bureau's request for an urgent delivery of the donor organ from a Liepaja hospital to Kauno Klinikos, the hospital of Lithuanian University of Health Sciences (LSMU), according to the Defense Ministry.

An AS-365 military helicopter returned to Kaunas Search and Rescue Post No. 2 shortly after midnight on Wednesday after successfully completing the task, it said.