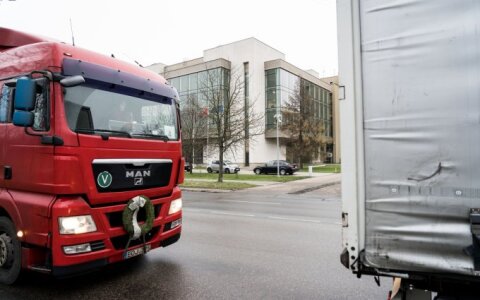 The European Union plans to require that haulers draw up schedules for truck drivers to return home at least every eight weeks.

Such a provision is included in a preliminary agreement between the European Parliament and Finland, which represents member states, reached on Thursday morning, sources in Brussels told BNS.

The agreement is not final and still needs the approval of member states.

Lithuania and other Central and Eastern European countries criticized such proposals, stating that it will increase pollution and undermine the fight against climate change.

Lithuanian businessmen and government representatives say Western European countries want stricter rules to push them out of the market.