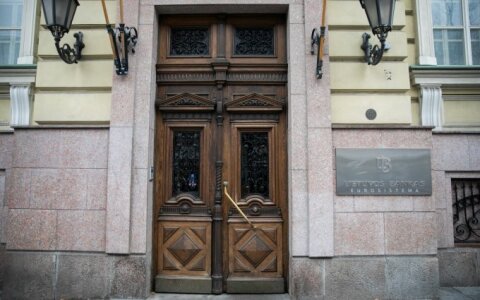 The Bank of Lithuania sees the Seimas' proposal to raise the corporate income tax rate for banks from 15 percent to 20 percent as a better alternative to the earlier proposed new tax on lenders' assets, but criticizes the parliament for its haste in making such tax changes.

"From an expert point of view, the proposed corporation tax is a better alternative to a tax on bank assets because it is tied to performance and would not create such incentives for financial institutions to change their balance sheet structure or business model as the first proposal would," Nijole Valinskyte, head of the central bank's Macroprudential Policy Division, told BNS in a comment.

However, Valinskyte criticized the Seimas for its efforts to make the tax hike effective from January 1.

"In our opinion, the hasty introduction of the tax and its quick entry into force create greater uncertainty for market participants (and) investors, and, therefore, make it more difficult to attract new market players," the central bank official said.

"Any change to the tax system, and the introduction of new taxes in particular, (...) should be widely debated and based on a thorough analysis of the economic impact and benefit," she added.

Finance Minister Vilius Sapoka has also said that a corporate income tax hike is a better option than the previously proposed new tax on bank assets.

On Thursday, the Lithuanian Farmers and Greens Union, the biggest party in the parliament, suggested raising the existing corporate income tax rate for banks instead of imposing a new tax on their assets as proposed by its minor government coalition partner, the Electoral Action of Poles in Lithuania–Christian Families Alliance.

The parliament's Committee on Budget and Finance approved the latest proposal on Friday.

The Electoral Action of Poles say, however, they are not scrapping the idea of taxing bank assets.

The new tax would increase budget revenue by around 60 million euros, while the corporate tax hike is expected to bring in some 20 million euros, according to the party.