Grigorian and Puipa among candidates for national culture awards 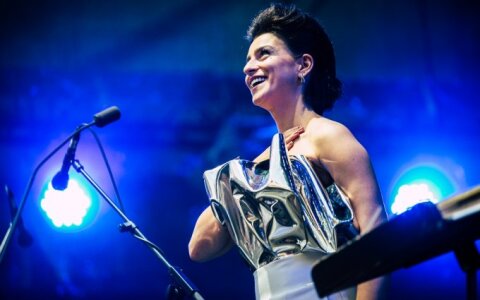 12 candidates have been selected for the Lithuanian National Prize for Culture and Arts and they include opera singer Asmik Grigorian, film director Algimantas Puipa as well as Rugile Barzdziukaite, Vaiva Grainyte ir Lina Lapelyte, the authors of the Lithuanian pavilion at the Vienna Biennale, the Culture Ministry announced on Friday.

These candidates have been picked by the Commission of the Lithuanian National Prize for Culture and Arts from 40 candidates proposed by the public.

Six awardees will be selected from the 12 remaining candidates and their names will be announced at a press conference on Dec 16.

The awards honor significant culture and achievements by Lithuanian creators and those representing the Lithuanian World Community over the past seven years, as well as works of art, crated over the course of life.

The financial award amounts to 800 basic social payments, or 30,400 euros. The awards will be bestowed on the Day of Restoration of the State of Lithuania.

Grigorian and Puipa among candidates for national culture awards